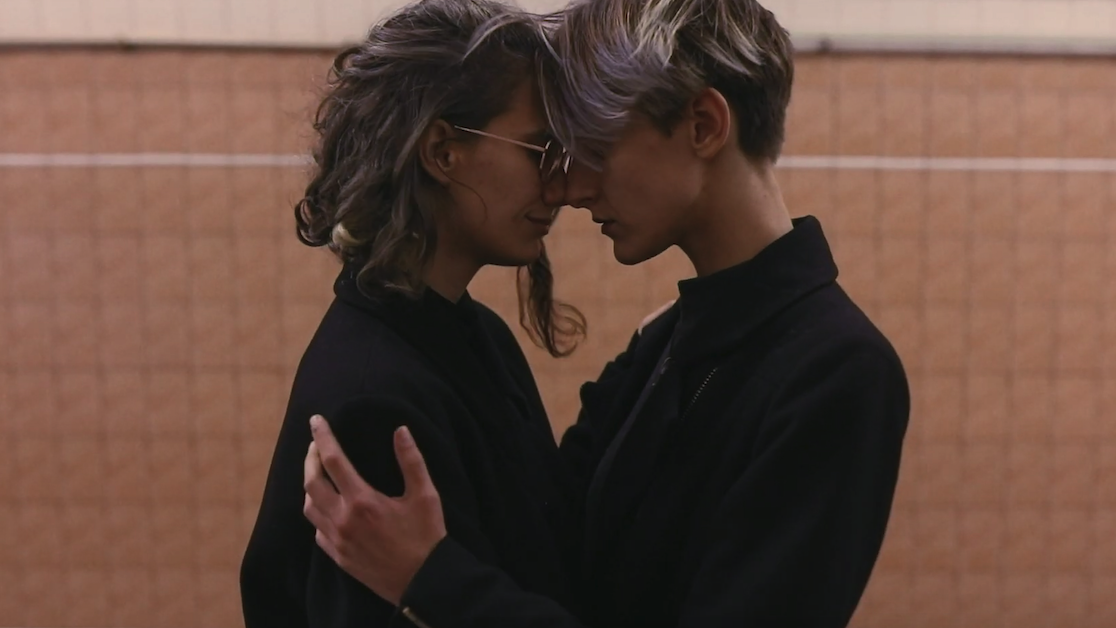 Let's Not Go Back to Normal 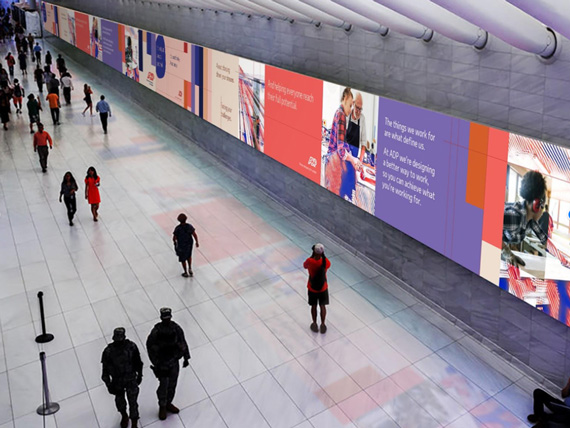 Our work with ADP has reasserted their leadership in the Human Capital Management space through a global rebranding effort. Our strategic repositioning of the brand culminated in ADP’s first-ever 360-degree brand campaign: “What are you working for?”. With groundbreaking experiences at SXSW and TV spots featuring uplifting client stories, now the world is seeing ADP in a whole new light. 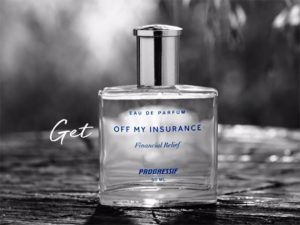 13 years ago we made a new campaign for our clients, Progressive Insurance, featuring an overly-caffeinated check-out clerk in a big white store. Almost 200 spots and countless digital executions later, Progressive is now the third largest insurer in America. Along the way, we’ve launched over a dozen complementary campaigns, targeting new audiences, and introducing new lines of business, including work aimed at young home owners, motorcycle riders, and small business owners to name a few. 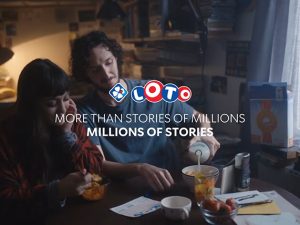 Inspired by a true story, our campaign to relaunch the national lottery in France focused on how one couple's luck changed when they used a barcode for their lottery numbers. 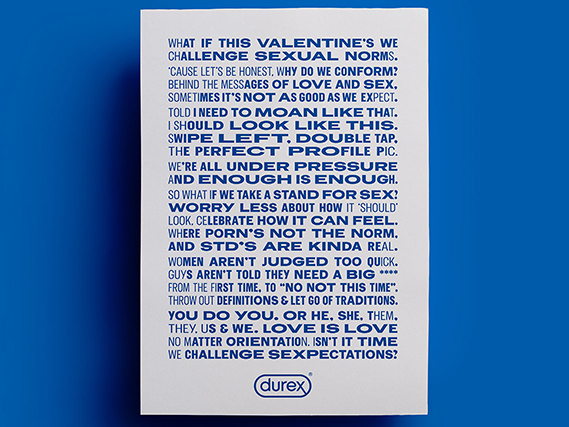 We launched a major new positioning and visual identity for Durex, railing against sexual taboos, stigmas and outdated, non-inclusive attitudes. A major shift for a 91-year old brand that’s used to talking about safety not sexual satisfaction. 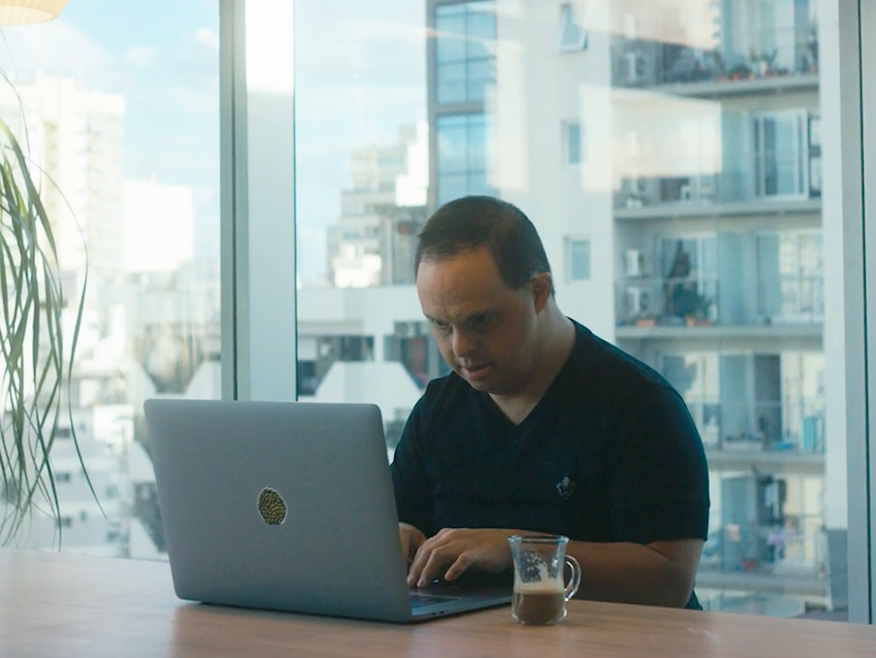 Beginning with the insight that out of the more than six million active users on LinkedIn in Argentina, none had Down Syndrome, we set out to highlight the need for inclusivity. 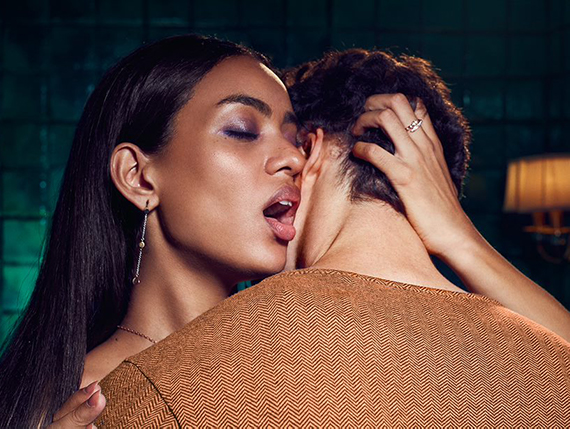 Nearly 70% of women in India don’t orgasm every time during sex. The ‘orgasm gap’ is a global trend that Durex is looking to reverse. For the launch of Durex’s Mutual Climax product, our messaging focused around #OrgasmEquality and encouraging couples to explore better sex together with the help of Durex. 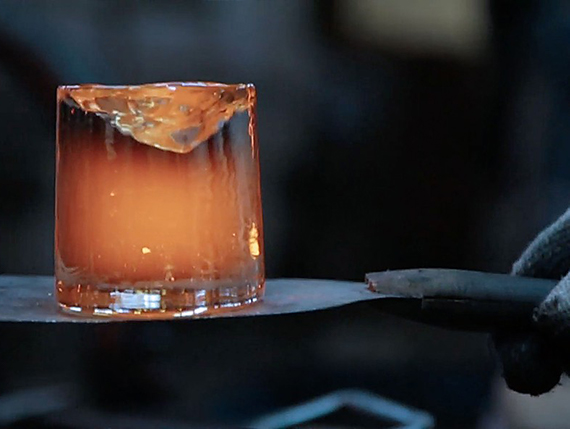 To highlight the imminent water crisis in Turkey, we partnered with long-term client Reckitt Benckiser to raise awareness of the problem through their brand Finish. We turned the shapes of five lakes where water levels have seriously dropped into glasses and launched them on World Water Day at one of the biggest national economic forums - Uludag. 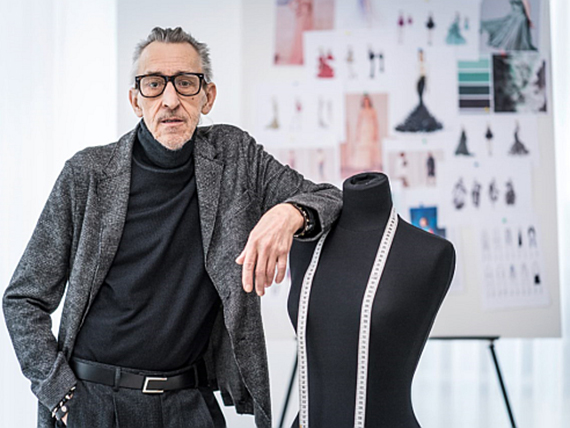 To shift negative public perceptions of the homeless in Germany and raise donations, we facilitated a partnership between Getty Images and homelessness magazine fiftyfifty to work with their homeless vendors as stock photo models. 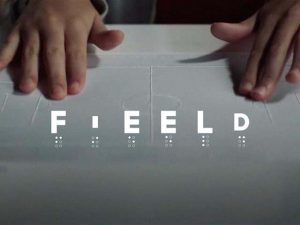 There are 280 million visually impaired people in the world, and of course many of them are fans of the beautiful game. Football. A blind person can feel the emotion of a football match, but, until now, they've only been able to imagine what was happening on the pitch. Fieeld is trying to change this. 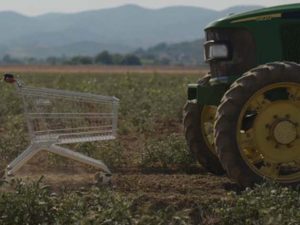 Our work with Italian supermarket Coop demonstrates the importance of choosing products that safeguard the well-being of people, animals and the planet. The vision for the brand was to show the positive effects of conscious shopping and consumption through a new protagonist: the shopping cart. 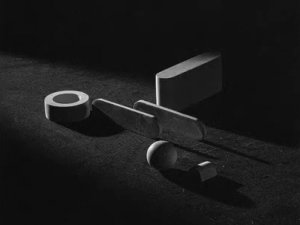 To celebrate 100 years of Bauhaus, Leica created the Leica CL “100 Jahre Bauhaus” limited edition camera. We conducted a series of studies using geometric shapes from the camera’s composition. Each one was influenced by the techniques and theories taught during the Bauhaus workshops and classes from 1919 to 1933. Plaster sculptures along with “reflecting colour-light games,” lithography and a hand-made grids for weaves were used to recreate the same laboratory aspects that Bauhaus previously used in its workshops and general creative process. In the end, the studies resulted in 5 families of posters, each with 3 unique pieces. These posters were exhibited in the Leica Store Boston. 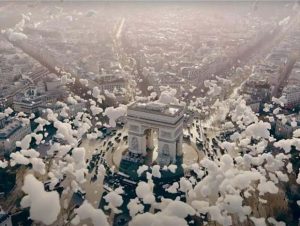 Every hour, more than 40,000 Tsingtao bottles are cracked open around the world and yet, many consumers don’t recognise the beer as a global brand. With an aim of connecting with a youthful cross-continental audience, Havas Group China developed “Connecting the World with Joy,” an airy ad that sets Tsingtao off on a round-the-world trip from New York to Shanghai. 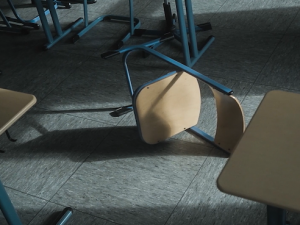 Shaking up the status quo, we created a social media campaign that not only vividly shows the underestimated treatment of bullying, but also calls us to use the time post-COVID to create a new and better "normal" in which bullying no longer has a place. 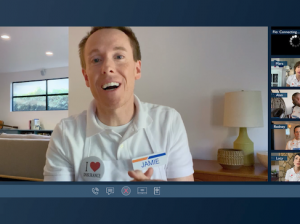 The Progressive team is at home, still hard at work to save you money. But Flo could use some help learning to use her video. 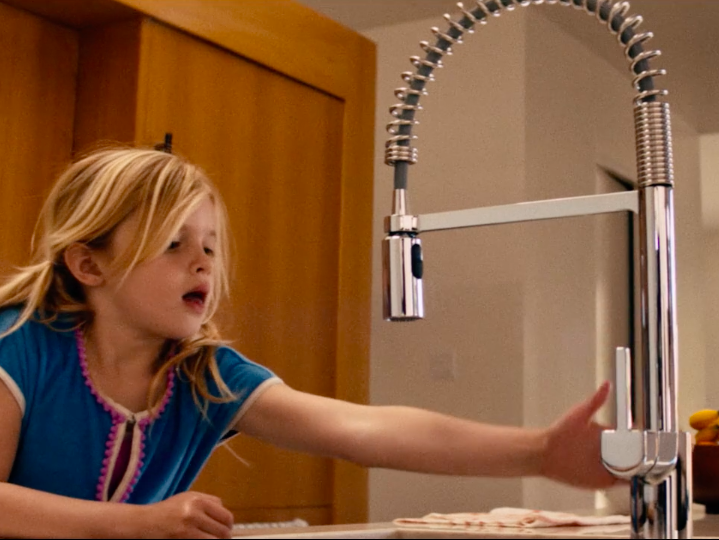 Our campaign for faucet brand Moen brings a question to the forefront of consumer’s minds: 'Who Designs for Water?' The campaign celebrates water as an awesome force of nature that’s often overlooked and taken for granted, to help people see it in a new way. 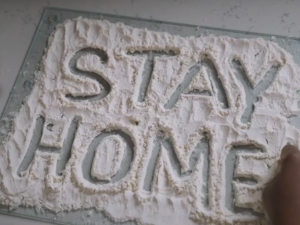 When Covid-19 hit, a statewide stay-at-home order wasn’t hitting home for Chicagoans, and lives were at risk. Chicago Mayor Lori Lightfoot needed to get a city of hard-working, no-bullshit locals to listen by staying home to save lives. Our series of PSAs utilized the Mayor’s already meme-worthy internet presence, delivered a life-saving messaging with humor, and gave the people of Chicago a new outlook on life in lockdown. Covid cases in Chicago trended downward, and the Mayor gained national attention for leading the “second city” with humor and resolve. 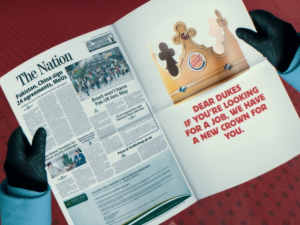 We found out the Royal couple might be looking for a new job, so we extended them a cordial invitation to join the Burger King family - thousands of people around the world accept every day, why wouldn’t they? 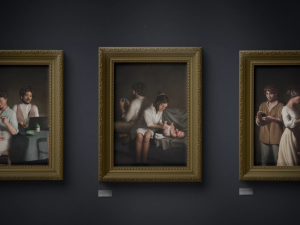 In Argentina, women dedicate twice as much time as men to parenting duties - a situation which was further exacerbated during the Covid-19 lockdown, as options for external childcare sharply decreased. Launched on Father’s Day, the #PadresPintados (#OrnamentalDads) campaign seeks to raise awareness among men about the importance of their equal participation while also emphasizing the need for public policies that make bridging the gender gap possible. 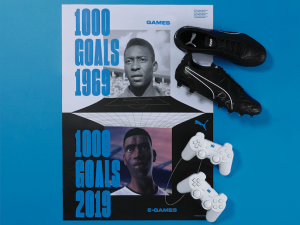 To celebrate the 50th anniversary of Brazilian soccer legend “King” Pelé scoring his one thousandth goal, we invited a new generation to relive history - by recreating the feat through video games. Using Pelé’s avatar, we asked the world to help us score one thousand goals again - virtually - and share their contributions to social media. Even King Pelé himself joined in on the fun. 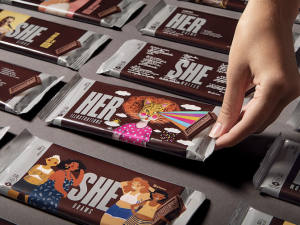 To celebrate International Women's Day, we transformed the iconic packaging of Hershey’s bars into “Her” and “She” canvases showcasing the work of six talented women artists. 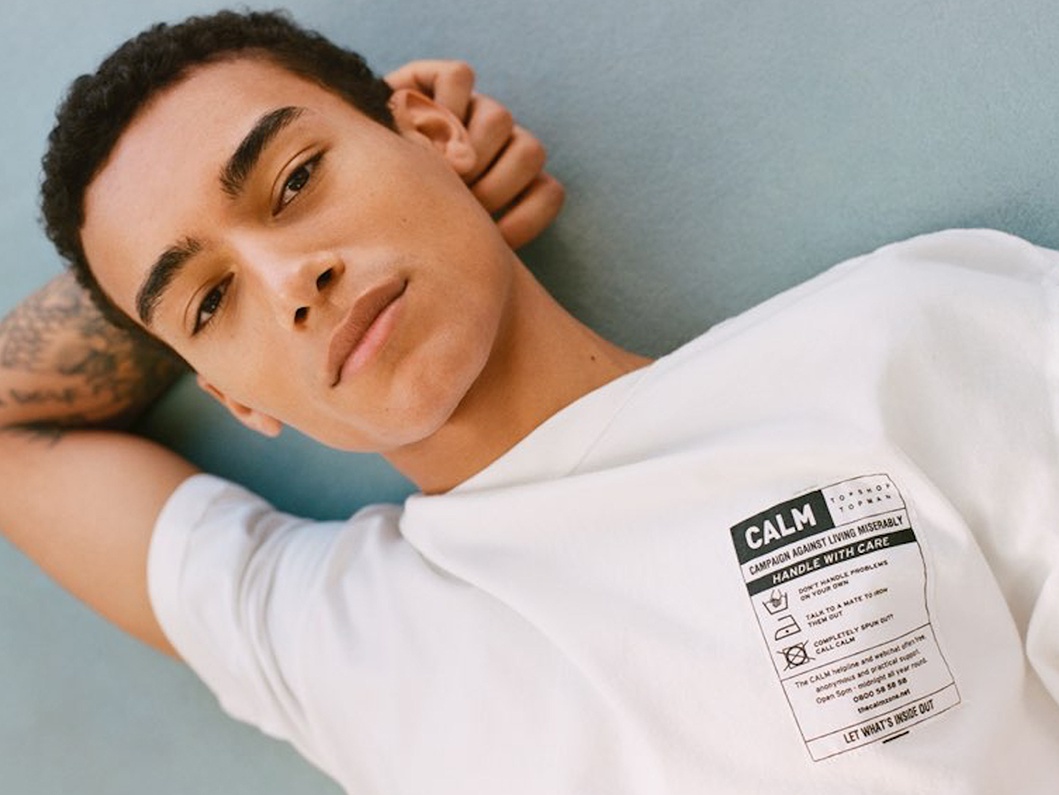 To get young people talking about mental health, we made it part of their wardrobe. Featuring tips for prioritizing mental wellness, our externalized care labels proved the perfect way to inspire teens to let what’s inside out. 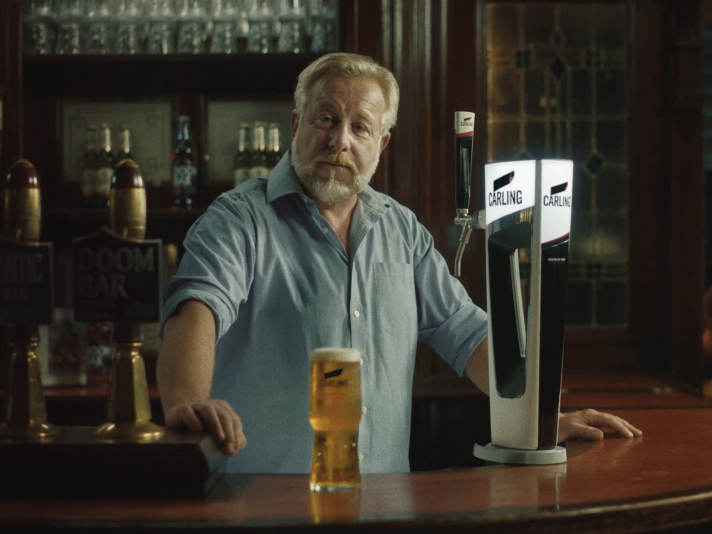 As part of their Made Local campaign, Carling launched ‘Support Your Local,' a multi-channel campaign encouraging people across the UK to back their local pub. Filmed at a local pub with a real landlord, the campaign champions the central role that local pubs play in British culture and society – and the importance of supporting them through these challenging times, whether that is meeting a friend for a drink, ordering a takeaway or simply showing support on your social channels. 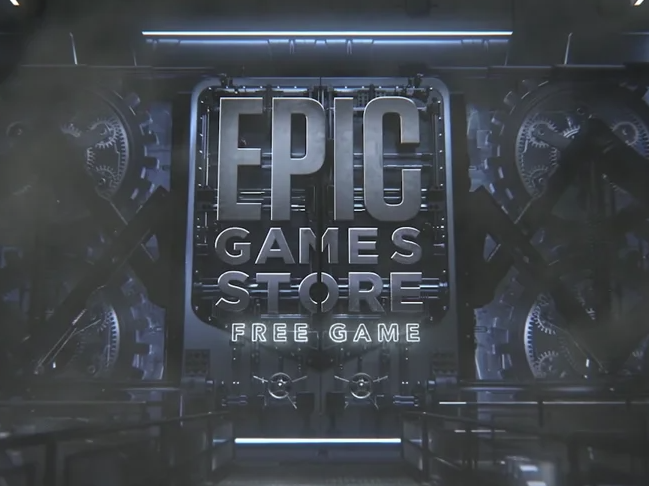 Epic Games is a company that lives up to its name. It’s best known for Fortnite, the biggest cultural phenomenon in gaming in the 21st century. But over the last few years, its lesser known digital storefront, Epic Games Store, has been steadily gaining ground on category goliath, Steam. To accelerate this growth in a big way, and give something awesome back to players around the world, Epic joined forces with Battery to create an unprecedented global event celebrating the gamer community. 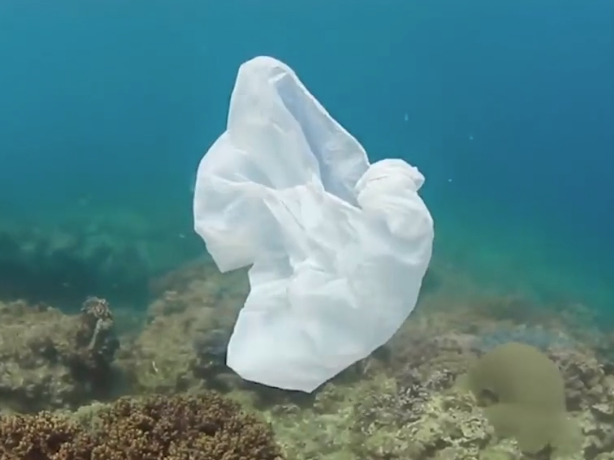 With Turkey ranking #1 in Europe for plastic waste, it was time to turn the tide on pollution. There’s currently no law in place against single-use plastic, so Greenpeace Turkey partnered with us to help change this. Calling on popular municipalities to 'pollute' their logos, we created a movement that added over half a million signatures to the Greenpeace's petition to ban this type of plastic. 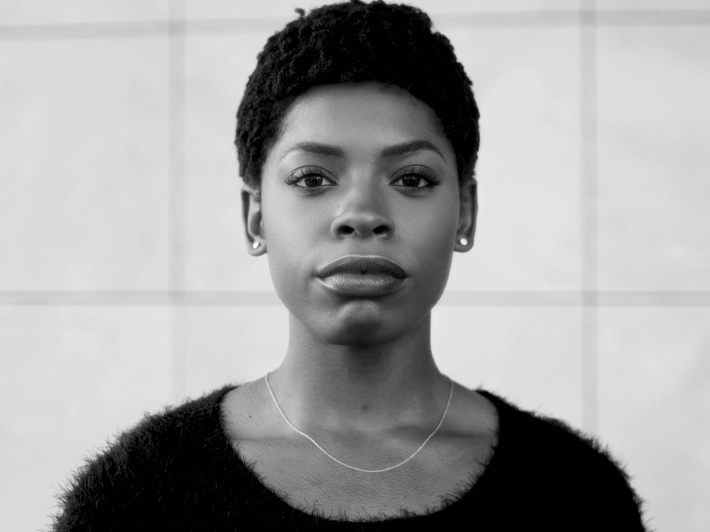 In a town that’s defined by glitz and glam, the Clippers have risen above past adversity, and quietly changed the game with a gritty, and unrelenting style of basketball. On and off the court, the Clippers have built an organization that reflects the resilient spirit of the community it plays for. This is the real LA. This is LA Our Way. As the Clippers’ agency of record, we set out to galvanize fans and Angelenos around this cultural movement with a grassroots campaign inspired by the hard-fought and harder-won progress LA creates every day. A rally cry for underdogs everywhere, ‘LA Our Way’ celebrates the sense of civic pride, and pure love of basketball that drives Clipper Nation. 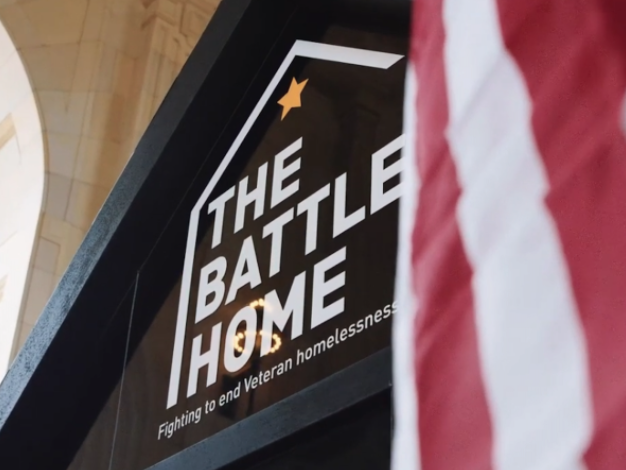 Through the Battle Home, an experiential installation and replica of the tiny homes that The Veteran’s Community Project (VCP) builds for homeless veterans, we helped The National Association of REALTORS® and VCP bring awareness to the issue of veteran homelessness and other challenges that our Veterans face. From a tiny home made out of sleeping bags to light installations and QR codes, visitors were able to learn the personal stories of veterans’ journeys from living on the street to finding a home with VCP. 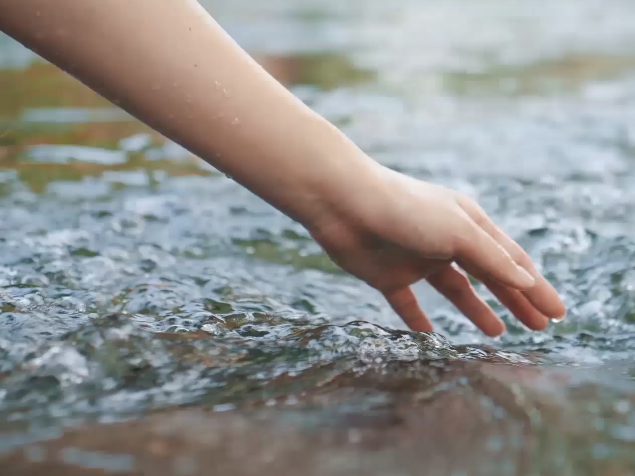 Turkey is likely to become a water poor country in the near future. To prevent this from happening, we had to dramatically alter consumption behaviors. We created the Finish Water Index with the help of the Turkish Industrial Development Bank (TSKB) in order to illustrate the true value of water. Launched at the Turkish Stock Exchange, the index is now featured regularly in newspapers, ticker tapes, radio shows, and online.

A lot can happen in 100 years. To celebrate Citroën’s centenarian birthday, we set out to tell the story of a lifetime — year by year. Through a series of beautifully-designed tributes, we celebrated Citroën’s and the world’s evolution over the past century. 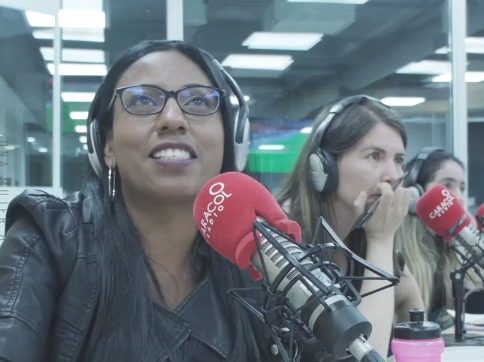 Introducing Xilena Zapata, the new voice of Colombian soccer. With female soccer commentators unrepresented in mainstream national media, we teamed up with Caracol Radio and set ourselves one goal: change this reality. Coming together on International Women’s Day, Xilena and a group of female sports journalists were handed the mics to the biggest derby in the nation. 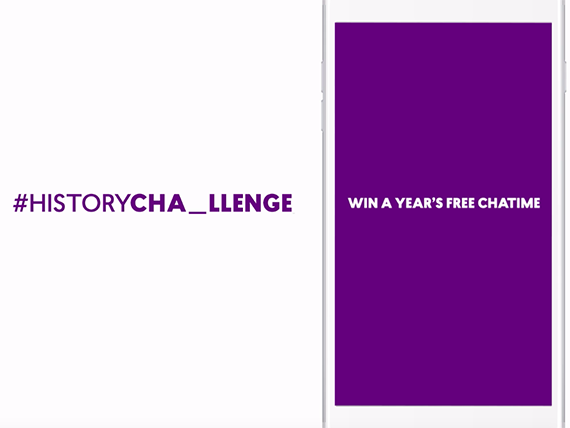 Millennials are comfortable about sharing pretty much anything these days. With perhaps one exception - their internet search history. It was the one place our audience were unleashing their wildest, weirdest, craziest tastes in secret. So we created the Chatime #HistoryCha_llenge: a challenge that dared our audience to swap their crazy tastes for ours.